Our guide picked us up at 9.30 am and took us to the Drepung Monastery, the biggest monastery in Tibet. It was founded in 1416 by one of the disciples of Tsongkhapa, the founder of the yellow hat sect and the first Dalai Lama. We walked the pilgrim route (kora) around the monastery, always going clockwise. Lots of prayer flags could be seen in the nearby mountains. 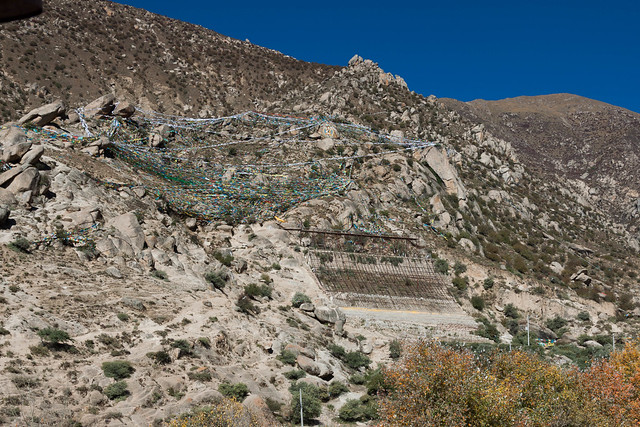 Our next stop was Norbulingka, the Dalai Lama Summer Palace. This was a nice and quiet park containing several palaces and chapels. There were several large paintings on the walls showing the Tibetan history, from monkeys to farmers and building of bridges and palaces. The Dalai Lama bedroom and meditation room has been kept exactly as he left them when he fled to India in 1959. 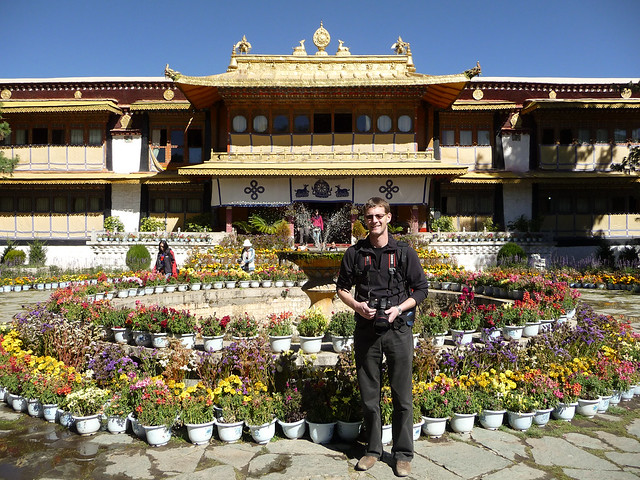 We had a Yak-burger for lunch in the Barkhor area before heading to the 1300-year-old Jokhang Temple which is the spiritual center of Tibet. Jokhang means “chapel of the Jowo” and the golden Jowa Sakyamuru Buddha statue is the most revered in all of Tibet. The views from the roof was also very nice, both towards the roofs and halls of the temple but also to Barkhor and the Potala Palace. 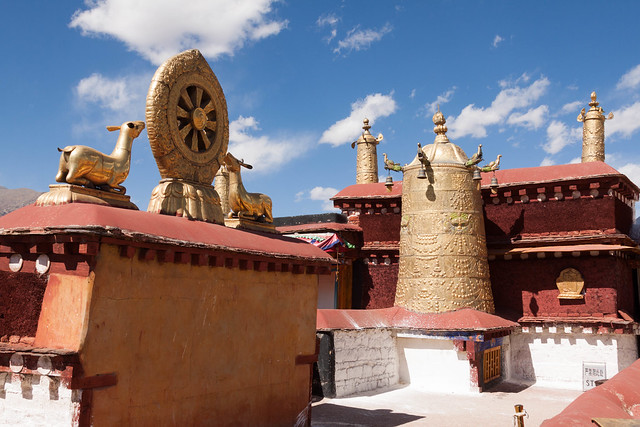 We enjoyed coffee, tea, orange juice and great views from a terrace bar on the corner of the Barkhor square before heading back to the hotel for some travel arrangements and relaxation. There was a charming Tibetan restaurant in the hotel, so we decided to eat there. Most of the other guests were playing some sort of dice game (probably a drinking game, since the waiters were bringing loads of beer). We had two different Yak courses which were very good, and also tasted fried yogurt after recommendations from the waiter. Surprisingly good!