We woke up around 8:30am and the views from the train were amazing. We could see snow capped mountains, large desert plateaus, small villages, beautiful lakes, nomad tents and wonderful colors everywhere. 80% of the Golmund to Lhasa stretch is over 4000 meters, and the highest point is the Tanggu-la pass (5072 m) There were oxygen available on the train, but after drinking liters of water we did not need it. The train track itself is quite impressive as well. It was opened in 2006, has 160 km of bridges and elevated track and is mostly built over perma frost where some places cooling pipes has been inserted to keep the ground frozen in summer. 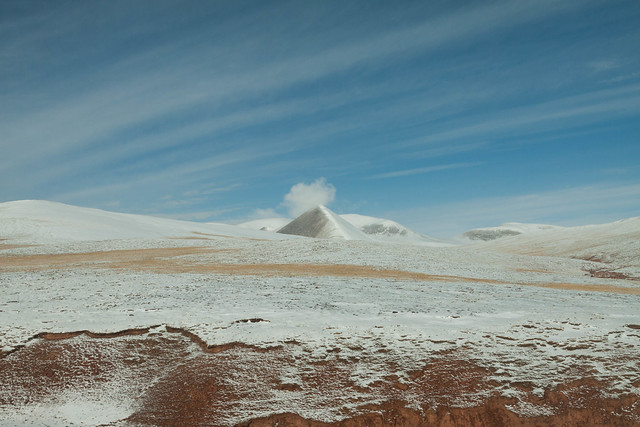 The further we got into Tibet the more villages, Yak herds, antelopes and pilgrims could be seen. We spent most of the time sitting in our cabin looking out the window, reading guide books and discussing travels with Tore and Elisabeth. They had been to several places we had been, like Peru and Australia, and we had a lot to talk about. 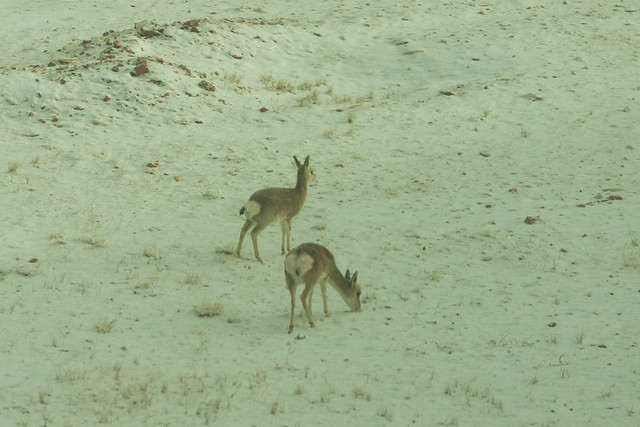 Since the train was delayed from Xining and the guide told us it was usually an hour extra delayed into Lhasa we laid down to relax when the sun went down, expecting to be in Lhasa no earlier than 10 pm. But at 8:30 pm the train suddenly stopped and we could see people getting off. So we had to pack up in a hurry and get off the train. 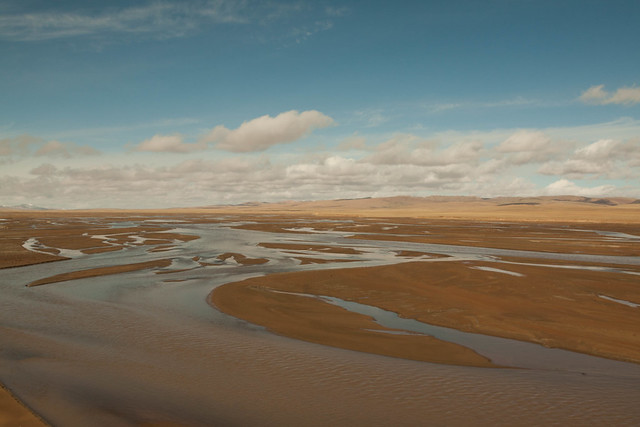 Our guide met us at the train station, but Tore and Elisabeth were not as lucky. They came with us to our hotel while trying to figure out what happened. There had been some mix-up, but the guide were soon located and came to pick them up. We went to bed early and really enjoyed our “soft” beds. All beds in China are extremely hard, but these were quite ok.