We got up at 6 am (again!) to take the 8:05am flight to Xining. All we had was an address in Chinese to where we should pick up the tickets. We were dropped off outside an office building but did not know the name or the floor of the company. With some help from the locals and some qualified guessing we found the office, but it was closed. Using “sign language” we were able to borrow a cell phone on the street and call our travel agent in Xi’an. After a while someone showed up and we got our train tickets and Tibet permits. 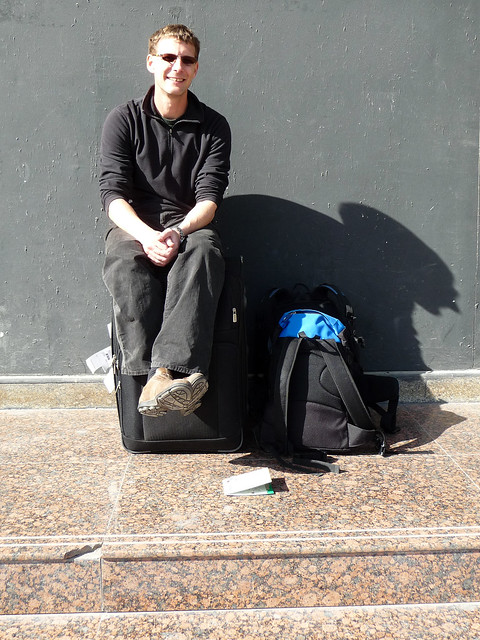 The reason we took the first flight was to have enough time to arrange everything before the 4 pm train. But the tickets were for the 7:33pm train, so suddenly we had a lot of time in Xining. We had lunch at a local restaurant close to the night market and walked around in the area trying to find somewhere we could connect to the internet. This was a bit difficult since most streets were under renovation, we had our suitcases with us and the taxi drivers refused to take us where we wanted to go. So we went to the train station and stored our bags while shopping supplies for the train journey. We sat down in the soft sofas in the soft sleeper waiting room, and after a while we heard someone speaking Norwegian and went over to say hi. It was a nice couple from Trondheim and we sat down with them and their guide. The train was delayed and it was close to 9 pm before we could board. Luckily the guide’s girlfriend helped us out, because boarding was a complete chaos with people running around and yelling. Our beds were already taken, so in the end we ended up sharing a cabin with our Norwegian friends Tore & Elisabeth. By the time the train left Xining it was already dark, so after a quick dinner (beef & vegetables) in the dining car we went to bed. 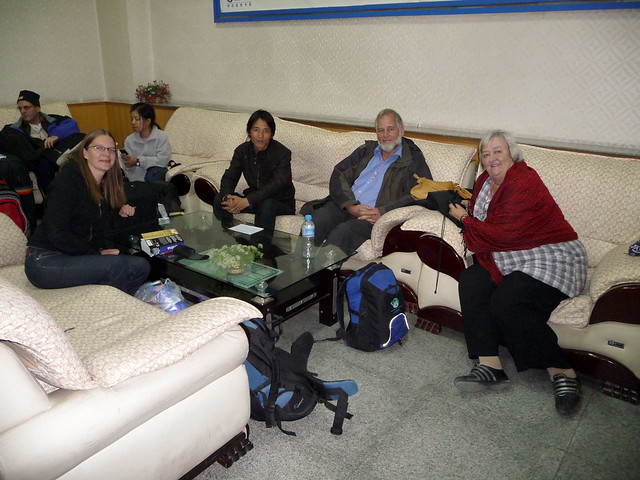