We started the day with a huge, western breakfast at a cozy place called Grandma’s Kitchen. We took a taxi to the Giant Panda Breading Research Base, home to nearly 50 giant and red pandas. We only got to see some of them though, because parts of the park were closed off most of the day. Frustrating! 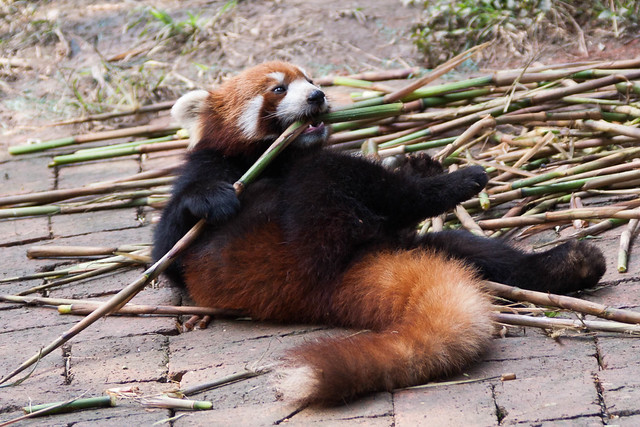 But we got to watch several pandas up close and it was fascinating to see them eat and climb around. One even got stuck hanging upside down a couple of times. At the end of the day we were finally allowed to go to the nursery as well, but it was no longer possible to hold a panda as we had planned. The new born pandas were cute, the smallest one was only a couple of weeks old and had a birth weight below 0,1 kilo. 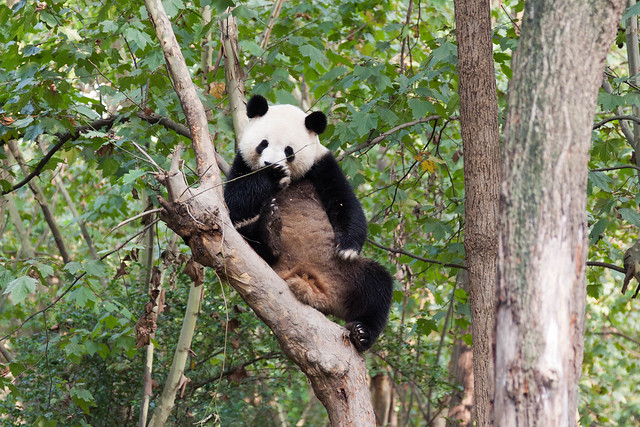 In the eventing we went for pizza and got to taste our first dark, Chinese beer (Jintebeer). Not bad! We continued to an Irish Pub to give Guinness a try in China as well. Based on the taste we’re pretty sure it’s shipped from Dublin. We met a nice American who was in Chengdu on business, and had a great evening chatting over a few pints.