This morning we found out that the Autumn Festival was in the first week of October this year and because of that the October vacation was extended with one day (yesterday). In addition we learned that this years most popular destination was Beijing and the Tiananmen Square. No wonder it was chaotic! 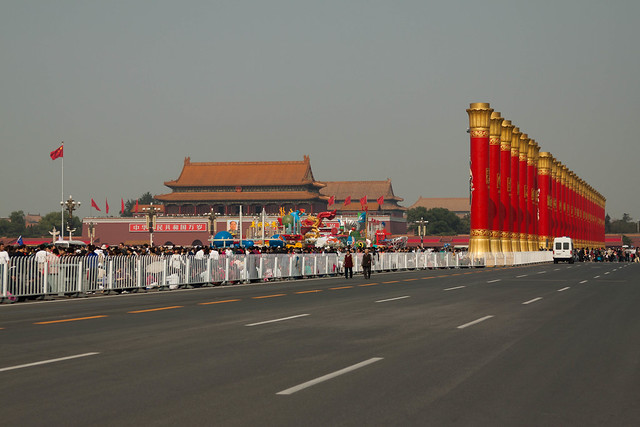 Beijing is a bit bigger than expected and it takes time to travel around, so we decided to stay one more day (until Tuesday). Today we took it slow and started with a visit to the Olympic area and especially the birds nest. The views were great, the architecture was impressive and the area was huge. Not as much staring anymore, but several Chinese people asked if they could have their picture taken with us. 🙂 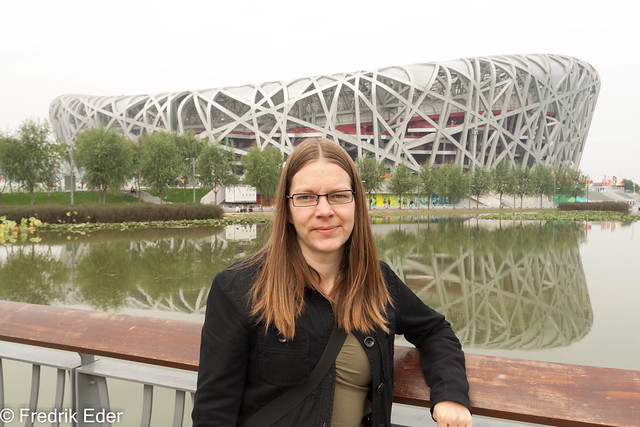 After a Chinese lunch (we’re getting good at both ordering and using the chop sticks) we spent some time in the Lama temple, most of the buildings are from the 15th century. Relaxing, quiet and very beautiful. The most impressive part was the 18 meter high Buddha statue sculptured from one single block of sandalwood.