After a very short flight from Datong we arrived in the hotel 1130. We decided to explore Beijing on foot and a natural place to start was Tiananmen Square since it is just a couple of blocks from our hotel. But most of the area was closed off because of a parade or something, and it was total chaos with people everywhere. After walking around for a while we decided to take a taxi to a different part of town instead. We had a beer on the roof terrace of the Drum & Bell Bar, but we were not able to visit either the Drum tower or the Bell Tower since they were both closed for renovation until tomorrow.

We walked around in the narrow alleyways of Beijing called hutongs. Some of them were mainly residential and easy to get lost in. Others were filled with small shops, charming restaurants and even a couple of hotels. One of the hutong bars had Irish coffee on the menu, and we could not resist to try it. Surprise! It was good! 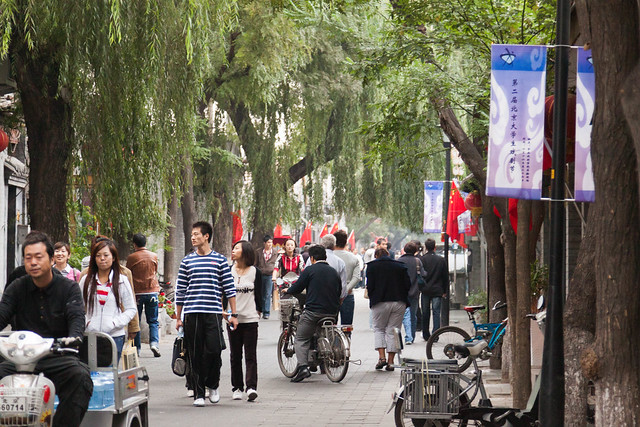 In the evening we confirmed that the Tiananmen Square was still a complete chaos and walked down Qianmen Dajie instead. This is the main street south of the gates to Tiananmen Square and when the forbidden city belonged to the Qing emperors this was the area for the Chinese people. There’s a lot of old stores in the area, specializing in things like herbal medicine, tea, silk and pickles. The local “pharmacy” has been in business since 1669. We ended up in one of the hutongs to the west of the street and had dinner in a very local, Chinese restaurant where the other guests had a cigarette in one hand, chop sticks in the other, used the floor as an ashtray and left the table as a huge mess. Bizarre but charming! 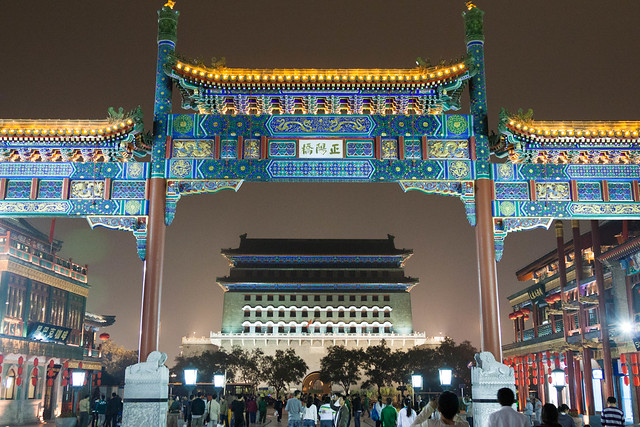