Jørgen, Kristina, John and Laura arrived early this morning and we all had breakfast in the hotel.

After lunch we went on a guided tour of the city and the inka ruins in the area. In the city centre we visited the cathedral and Qorikancha – temple of the sun.

We visited three ruins outside of Cuzco. Saqsaywaman (also referred to as Sexy Woman) was huge although a lot of it was ruined by the Spanish to build houses and churches in Cuzco. Tambomachay was a ceremonial stone bath with fountains still functioning. Q`enqo means zigzag, and this ruin had a lot of carvings on top, and alters for sacrifices in a tunnel below. 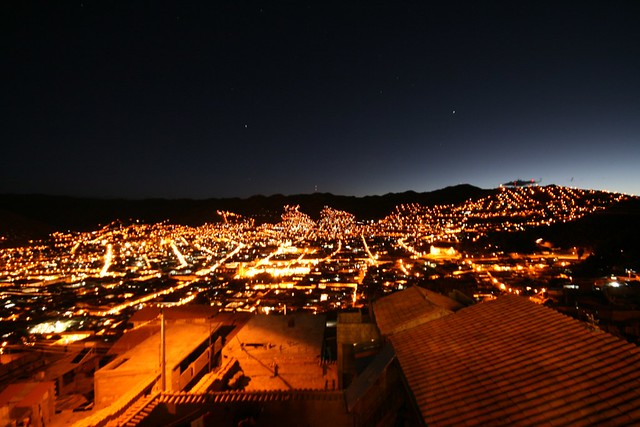 Tomorrow we are going on a Scared Valley tour.